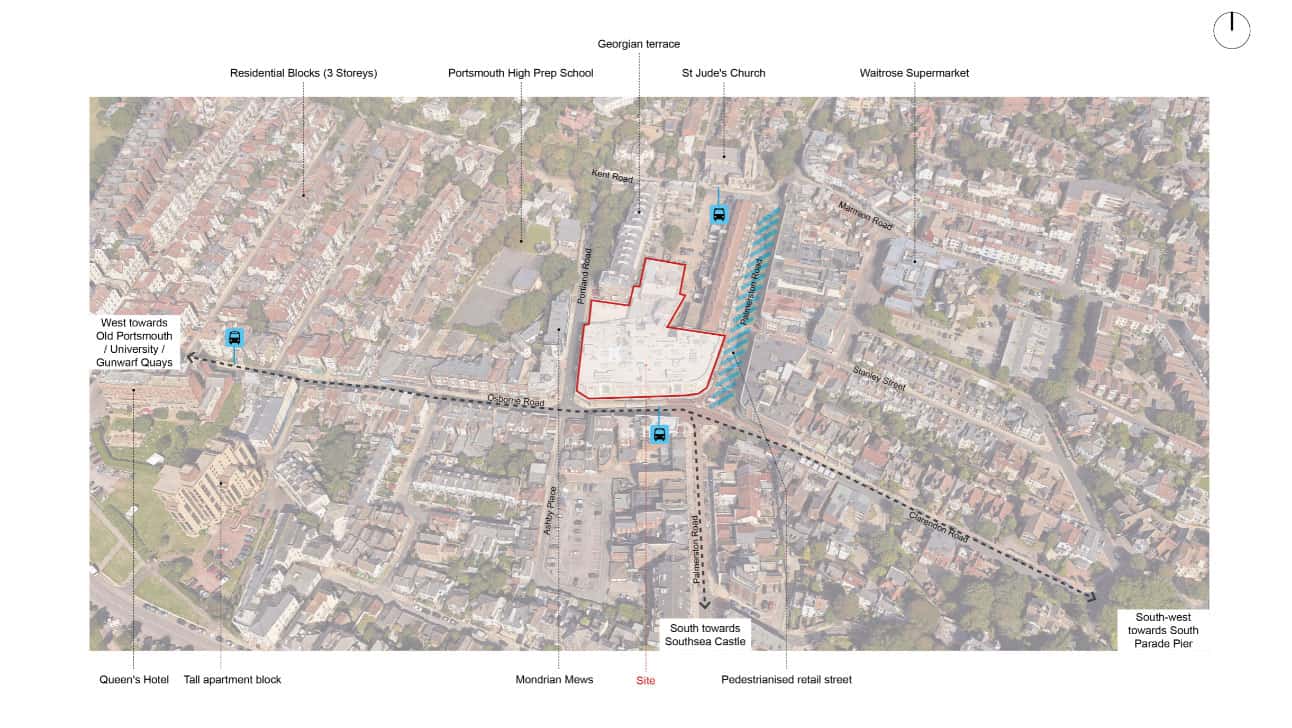 The four-storey building is located on the corner of Palmerston Road and Osborne Road, known locally as Handleys' Corner.

The site was originally home to Handleys of Southsea which opened in 1869 and was a traditional department store. Having been completely destroyed during World War II, the current building was build in the post-war period.

In the 1970s, this store ceased to be Handleys when it merged with Debenhams.  In recognition of this important part of Southsea's history, we've named our proposals "Handleys' Corner".

Debenhams closed its doors for the last time on the 19th January 2020 and a long-term, sustainable solution now needs to be found for Handleys' Corner.